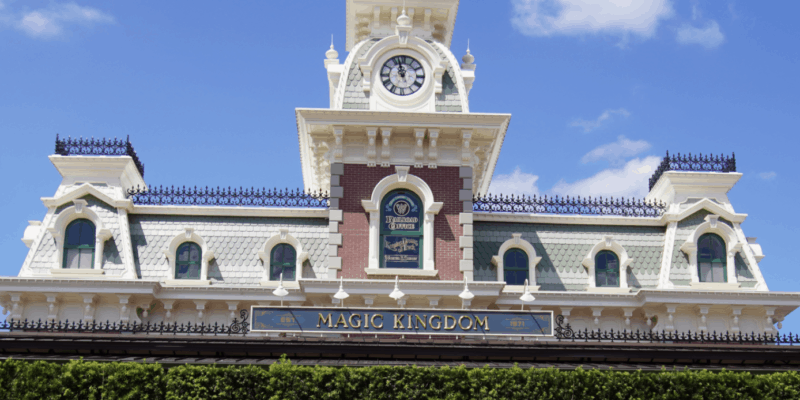 The Walt Disney Environment Railroad by itself may possibly have been beneath development considering the fact that 2018 — and nonetheless has no official reopening day in sight — but the popular Most important Avenue, U.S.A. practice station is obtaining spiffy for Walt Disney World Resort’s 50th anniversary celebration, which formally starts on October 1, 2021.

The minimal refurbishment to the Primary Street, U.S.A. prepare station is undoubtedly festive, and will unquestionably make for a breathtaking photograph backdrop when Friends visit Magic Kingdom Park for “The World’s Most Magical Celebration”.

Associated: Disney Planet Crowds Are Non-Existent as Company Walk On to Well-liked Rides

If you won’t be ready to go to Disney Earth for its 50th anniversary in 2021, do not fret! The celebration in the Parks is established to last for 18 months, very well into 2023. This gives Disney admirers enough time to stop by Mickey Mouse, Minnie Mouse, and all their pals at the Florida Resort.

Connected: Due to TRON, Disney Railroad May well Be Quite Unique When It Reopens

Though the Walt Disney Entire world Railroad does not have a reopening date however, the Disney Globe web page even now attributes this official description of the attraction:

All Aboard!
Listen to the clamor of the motor, the chug of the wheels and the contact of the whistle as you journey aboard the Walt Disney Globe Railroad.
Get your seat on 1 of 4 meticulously restored, classic slender-gauge steam trains—originally developed between 1916 and 1928—and enjoy a calming 20-moment, 1.5-mile scenic spherical-journey tour.

It’s a convenient—and nostalgic—way to get all over Magic Kingdom park!

Uncover a Station
You can board or disembark at any of 3 stations:

Delighted with his miniature yard railroad, Walt made the decision to share his like of trains with the entire entire world. The final result was the Santa Fe & Disneyland Railroad, a most loved of Friends because the park opened in 1955.

Are you browsing Disney Environment for the 50th anniversary?