Yes, it’s become quite pricey to travel these days, with the elevated cost of gas, hotels and other vacation expenses. Longwoods International, a Columbus-based research firm, recently surveyed American travelers and found that 70% were rethinking vacation plans due to rising costs.

Rethinking is one thing – canceling is another. After the rough couple of years we’ve had, who couldn’t benefit from a few days away?

Unfortunately, we can’t do anything about the high price of fuel. But we can offer numerous close-to-home destinations that don’t cost anything (or much) to visit, aside from that tank of gas.

The state is filled with inexpensive attractions that offer priceless experiences, from the National Museum of the U.S. Air Force in southwest Ohio to Cuyahoga Valley National Park in the northeast.

Here, then, 10 suggestions for free fun in Ohio.

Spread across more than 19 acres east of downtown Dayton, this museum is one of the top attractions in the state. And it costs absolutely nothing to visit.

The museum is home to more than 360 aerospace vehicles, missiles and other artifacts, from early Wright Brothers aircraft to 21st century rockets. It’s a museum of military aircraft, yes, but also a museum of American history, with galleries devoted to World War I, the Cold War, presidential aircraft and the space race.

Among the most notable exhibits here: the Air Force One where President Lyndon Johnson took the oath of office after John F. Kennedy was killed in 1963, a B-2 stealth bomber and the B-29 Bockscar, which dropped the atomic bomb on Nagasaki. The museum is open daily 9 a.m.-5 p.m. Information: www.nationalmuseum.af.mil/

While you’re in Dayton, check out the Dayton Aviation Heritage National Historical Park, a collection of sites related to the Wright Brothers’ early years of aircraft exploration.

Among the free places to visit: the Wright Cycle Co., where brothers Orville and Wilbur Wright made bikes and ran a print shop; and Huffman Prairie Flying Field, where the Wrights experimented with their first aircraft.

And don’t miss the home of African-American poet and author Paul Laurence Dunbar, a friend of Orville Wright, also part of the National Park Service site. The park this year is celebrating the 150th anniversary of Dunbar’s birth. Information: nps.gov/daav

Most national parks have a fee to enter, but not our Cuyahoga Valley, on 33,000 acres between Akron and Cleveland. Favorite summertime activities include hiking the 1.8-mile Ledges trail, biking along any portion of the Towpath Trail and admiring the beauty of Brandywine Falls.

Or hope aboard the Cuyahoga Valley Scenic Railroad for a leisurely roll through the scenery (tickets run $11 to $16). CVNP is an easy day trip, but can be converted to an overnight, as well, with a stay at the lovely Inn at Brandywine Falls, on park grounds in northern Summit County. Information: nps.gov/cuva

Speaking of parks, we Ohioans often take it for granted, but the majority of states in the U.S. charge residents to use their parks. In Ohio, 75 state parks are free to all who want to hike, mountain bike, bird watch, kayak and more. Among the options:

* Pitch a tent at Findley State Park in Lorain County, one of more than 50 parks with campgrounds. Overnight rates run $19 to $45 a night, depending on amenities.

* Learn how to mountain bike (West Branch), take a kayak tour (Wingfoot Lake) or enjoy a birding hike (East Harbor), among many scheduled programs within the parks. For a list of upcoming activities: ohiodnr.gov/go-and-do/plan-a-visit/events-calendar

There’s also fishing, swimming, disc golf, archery and other activities available for free or a small fee. For all Ohio park locations and activities: parks.ohiodnr.gov

Put-in-Bay is Ohio’s summertime playground, surrounded by water. True, it’s not free to get there, but Miller Boat Line offers a pretty economical fare for a full day of island fun ($17 roundtrip, $3 ages 6-11).

Consider bringing your bike (an extra $5), then set out to explore. Among the free attractions on Put-in-Bay: The Aquatic Visitors Center, part of Ohio State University, where visitors can learn about Lake Erie and kids can fish for free; South Bass Island State Park; and the visitors center at Perry’s Victory and International Peace Memorial (for $10, you can check out the view from atop the 352-foot tall Doric column; children 15 and under are free). Information: visitputinbay.com

It’s not the ocean, but Lake Erie’s southern shore makes a pretty good substitute – and will cost you lots less to get there. There are several stretches of sand near Cleveland worth a visit – Edgewater, Huntington and Mentor Headlands among them.

But for the most vacation-like beach experience, head 100 miles east to Presque Isle State Park in Erie, Pennsylvania. The park, on a 7-mile long peninsula, has 13 separate beaches, some calm and shallow and good for small kids, others with waves large enough for kite surfers. There are kayak and bike rentals here (or bring your own), food concessions, beach volleyball courts and more. And Pennsylvania state parks, like Ohio’s, are free. Information: dcnr.pa.gov/StateParks/FindAPark/PresqueIsleStatePark

Before or after the beach, stop by Waldameer Park, a small amusement park that charges no admission. You can pay to ride a single ride or buy an all-day ride wristband. Information: waldameer.com

You probably know that the Cleveland Museum of Art, one of the nation’s finest, is free. Perhaps you didn’t know that Ohio is home to several other terrific art museums, also free.

Among them: the Toledo Museum of Art, with its elegant Glass Pavilion; the Cincinnati Art Museum; and the Butler Institute of American Art in Youngstown, the country’s first museum dedicated to American art. The Columbus Museum of Art, with $18 admission Tuesday through Saturday, is free on Sundays. Check out them all on an art-filled road trip.

Cartoons and the Capitol in Columbus

For more free museum fun, head to the state capital, where the Billy Ireland Cartoon Library and Museum is free to visitors, open 1-5 p.m. Wednesday through Sunday. The museum, on the Ohio State University campus, houses the world’s largest collection of materials related to cartoons and comics, including original art, books, magazines, comic books and newspaper comic strip pages.

* Take a tour of the Ohio Statehouse, the Greek Revival beauty that is the centerpiece of state government. Tours are offered daily. Information: ohiostatehouse.org/visit/public-tours

* The Thurber House is the Victorian-era home of James Thurber, humorist and author, who lived here with his family in the 1910s. Self-guided tours of the home are free; guided tours are offered for a small fee. For hours and more information: thurberhouse.org

Following two years of postponements and cancellations, Ohio’s festival season is in full swing this summer. Most events are free, though you will have to pay for any food, plus extra rides on the Ferris wheel. Among the upcoming options: the Greater Youngstown Italian Fest, Aug. 5-7; Bucyrus Bratwurst Festival, Aug. 18-20; and Lexington Blueberry Festival, Aug. 18-21. For more: ohiofestivals.net

Spend an afternoon seeing how something is made – from high-end campers to chocolate and cheese. Airstream offers weekday tours of its factory in Jackson Center, near Bellefontaine, where the company has been headquartered for 70 years (see airstream.com/company/factory-tours/).

Other facilities in Ohio that offer a glimpse into the manufacturing process include Harry London chocolates in North Canton, the American Whistle Corp. in Columbus and Guggisberg Cheese in Charm. Most tours are free or charge a nominal fee. For more factory tours in Ohio: factorytoursusa.com.

The 2022 Guide To Increasing Your Hotel’s Direct Bookings Share

Sun Jul 31 , 2022
OTAs may be a major booking source, but the share of direct bookings is on the rise. How many direct bookings is your hotel generating? Even though OTAs are important for the channel mix and the billboard effect, the goal should always be to increase direct bookings, as own channels […] 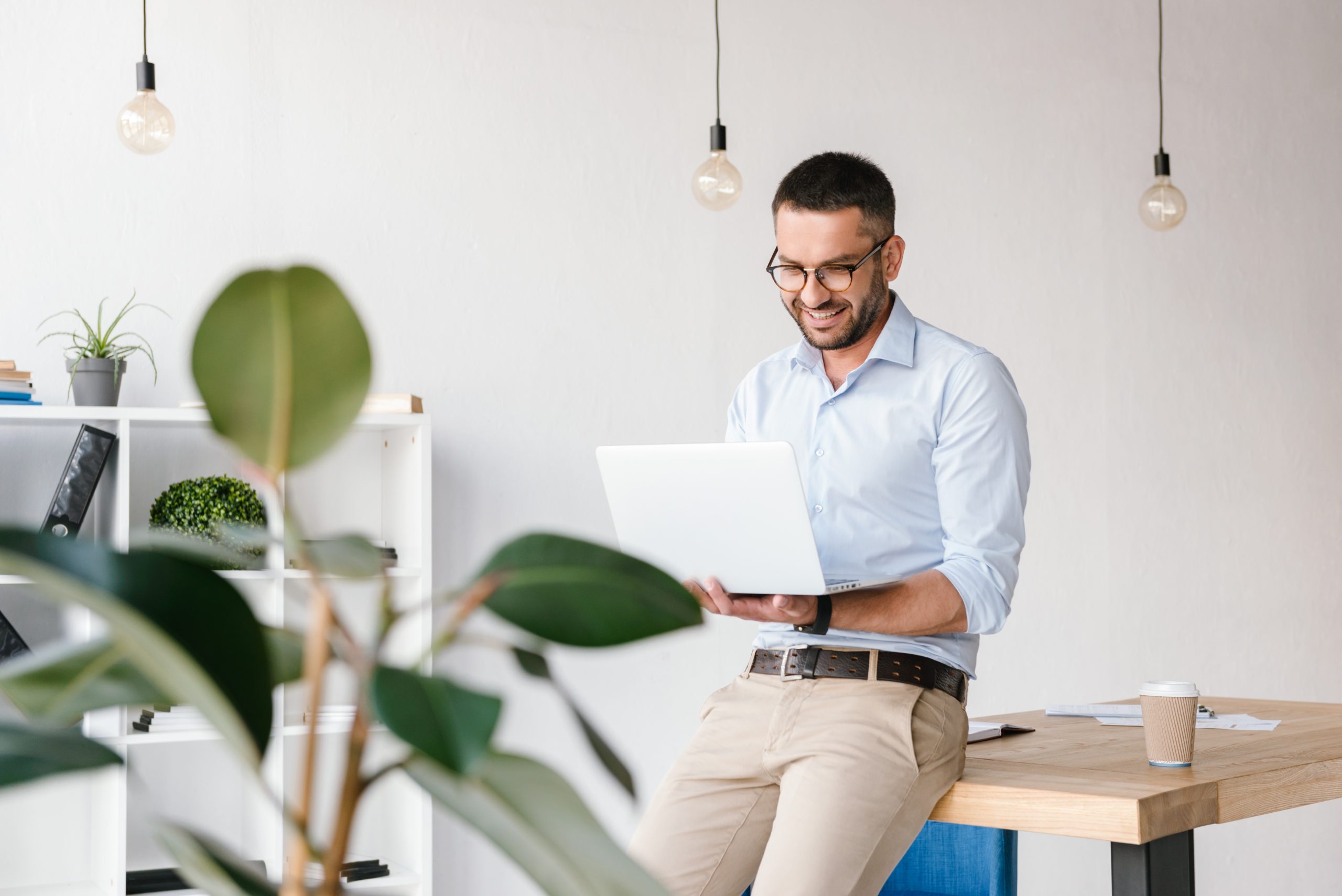